Any news about maastricht cityliner?
Top

any news about cityliner MST ?
Top

I just did some digging and there's not much news to report, the only thing that I could find is that Air Charters Europe shared a photo of their new ERJ145 in the paintshop a few weeks ago: https://www.facebook.com/AirChartersEur ... =3&theater . This is the aircraft that was talked about in earlier articles, seems its delivery got delayed a bit. Whether this explains the silence around Maastricht Cityliner is anybody's guess.
Top

Maastricht Cityliner was mentioned in the slot report of LCY for W19, however no slots or anything yet
https://www.acl-uk.org/wp-content/uploa ... Report.pdf
Kind regards,
Jesse

wondering if this is still going to happen. Anyone any rumours ?
Top

These users thanked the author RHE for the post:
27L 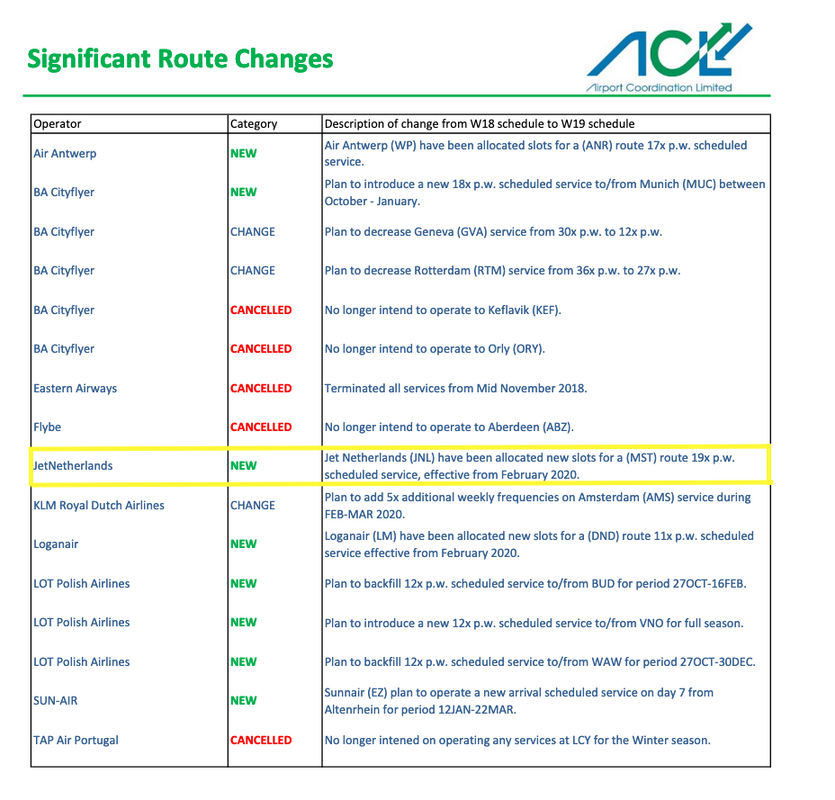 These users thanked the author Jesse for the post (total 2):
27L, mstbun

Honestly, I'm kind of glad that LIOF seems to have decided against supporting this venture. An LCY route would have pretty much relied solely on demand between London and Maastricht and hardly any connections. That's something which perhaps would work for Ryanair but Maastricht Cityliner would have needed to pay its entire overhead with just that route + perhaps flying to Munich.

I heard a few months ago that the municipality in Maastricht was collecting data on the travel needs of companies in the region, I hope that this resulted in a compelling case to be presented to a major carrier that can give MST its hub connection.

These users thanked the author florianmst for the post:
jje003